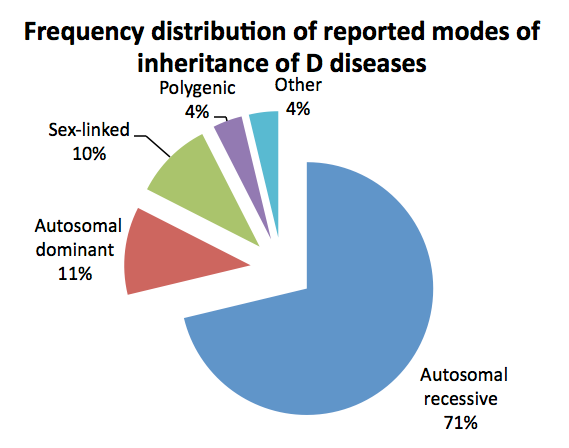 Από το "The Basset Hound - A Complete Anthology of the Dog"

"Sir Everett Millais ultimately found that through inter-breeding the Basset-hound was deteriorating in many respects, and, with the idea of improving his appearance and size, he looked out for a cross. He says:

“After inbreeding for nearly twenty years, it was obvious that the English Basset required fresh blood, primarily because the general mass of hounds were below the average in size; secondly, because there was increasing difficulty in breeding and rearing them; thirdly, because barrenness was becoming very prevalent; and fourthly, because when reared they succumbed through constitutional causes to distemper in a most alarming manner. The question, having determined to make the cross, was, what hound to use which would give us the points we desired, and give increased stamina to the breed. “I chose the Bloodhound, firstly, because the head of the Basset should resemble that of the Bloodhound; and secondly, because from my experimental work with Beagles, I knew that the question of a return to Basset formation in legs was but a matter of one or two generations. There therefore remained simply the question of colour, and this I was certain would come back very speedily.

“The first cross was between the Basset-hound Nicholas and the Bloodhound Inoculation, and the puppies were produced artificially by the method now known as ‘Insemination.’ Twelve in all were born, and they were all anatomically nearer the Basset than the Bloodhound, but in colour they took after the dam. These were Basset-Bloodhounds.

“The next cross was between Champion Forester and one of the above litter, viz., Rickey. There were seven puppies born, six of them were tricolours like the sire, and one black and tan like the dam. They all took after the Basset in anatomy, and were 3/4-bred Bassets with 1/4 Bloodhound.

“The next cross was between Dulcie, one of the above litter, and Bowman. There were four pups in the litter, three tricolours and one lemon and white. They cannot be distinguished from purebred Bassets. They are naturally hounds containing 7/8 of Basset and 1/8 of Bloodhound.

“The next cross was between one of the above litter and the Basset-hound Guignol. Here six puppies were born, four tricolours, one lemon and white, and one black and tan. They are perfectly indistinguishable from pure Bassets, and are composed of 15/16 Basset blood to 1/16of Bloodhound.

“The result of this set of experiments has brought about animals which cannot be distinguished from pure Bassets, and they can be used throughout the breed to bring in the trifling quotum of fresh blood necessary without damaging or altering the existent type in the slightest degree.

“Now, in going through these various crosses, it will be seen that in the first we get half-bred hounds taking mostly after the Basset in shape and the Bloodhound in colour. In the second cross we have a return to Basset colouring, and greater approach to the Basset in every way. In the third cross we get pure Bassets, and in the fourth the same, with what might be expected, one case of atavism to the Bloodhound in colour.

“We have, however, something more. I have said that one most desirable object was size, and when 1 stated that most of the hounds one meets with are below the average, I place the average at such hounds as Fino de Paris, Fino V., Fino VI., and Forester.

“These have been the four great sires in direct descent and those most used, and it will be acknowledged, that with a few exceptions, few of their offspring have equalled them in size and bone. By the use, however, of the Bloodhound cross, both the third and fourth crosses are equal in size to Forester, and in addition we have the required points.

“It is, in my opinion, a mistake to call such hounds as the third and fourth crosses by the name of Basset-Bloodhounds, for this name applies only to the first cross. The third cross has only 1/8 of Bloodhound in it, and the fourth 1/16; in other words, is an animal a Basset-Bloodhound, whose greatgrandmother or great-great-grandmother was a Bloodhound? I think most breeders would not pay very much attention to such relationship as this, and would call their animals pure Bassets. At least such is my intention. It would take a very good man to tell an Octoroon in the human subject, and I would defy him to pick out a cross below that. Why should we do so in dogs? Of course, in crossing one must expect a case of atavism now and then as is seen in the fourth cross, but by such phenomena as these, we are able to add a new colour to those now existing in Bassets...”
Reactions: Aslan, sea-mol, Orilis and 2 others